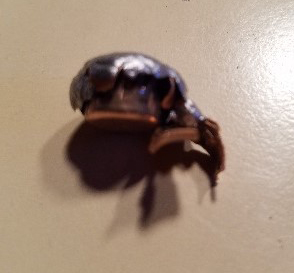 Here we are again, and this time I’m delivering on a promise I made quite a while back (Big Mike, this is for you). Expansion testing of a Sierra #8360 158gr JHC from a 357 Magnum that should whet your whistles for hunting season or just for general carry. This bullet gave what I would call an exceptional result between the 1,150 fps and 1,450fps impact velocities.

It gives an excellent expansion quality through this range and still holds quite a bit of weight at the higher impact velocity. The main body of the remains at 1,455fps were found in the 4th jug and a few fragments were found in the 3rd. The found total weighed 133.16 grains with the main body at a good 110.88 grains left intact (as seen at the left). The rounded area of the nose measured 0.522” without counting the extra jacket fragments still attached. The 1,148fps impact looks a lot more intact but still gave a 0.560” frontal area at its widest point. I didn’t find any fragments, but the main body was found in the 5th jug and weighed a heavy 134.54 grains total (as seen at the right). Of course, these expansion results are subject to the medium encountered. Water is hard but nothing like bone. If we were to put the velocities into a flight perspective, this 1,148fps impact velocity will be had at 100 yards or so if the muzzle velocity was giving 1,450fps. Also, this impact velocity could be had at 150yards or so if the muzzle velocity was upwards of 1,650fps (from a rifle of course). Along that same line of thought, the 1,450fps impact would come at 50 yards or so from this same 1,650fps muzzle velocity. A scoped firearm can extend the usability of this combination and it can easily be calculated by our Infinity program.

In conclusion, I like this bullet in the 357 Magnum. With proper shot placement, it could hunt whitetail sized animals with authority in a handgun hunting season and can be used as a backup in other seasons. If I were to carry the 357 as a walk around revolver in the woods, this would be the bullet used in the ammo because of the combination of expansion and penetration. Get out your 357 safe queen and have some fun shooting.